It is with a great sadness that SASOG has learnt of the untimely passing of Prof Eddie Xijekana Mhlanga.

Tributes have poured in from within the progressive health community, citing Bra Eddie as a longstanding, ever-committed, health comrade and leader.  He was a gentle soul with strong principles who was not afraid to speak truth to power.

Our SASOG colleagues and those who had been mentored by him remember a humble, much-loved colleague and a dedicated obstetrician who leaves a huge vacuum in our discipline.

Below are some of the tributes that have been paid to Prof Mhlanga.

The passing of Prof Mhlanga is a great loss to the medical fraternity, especially in these turbulent times when men and women of his caliber and dedication are much needed to fast track the processes of change and impact.

He is remembered as a stalwart and the epitome of humility, empathy and selflessness who has left us too soon.  Prof Mhlanga was one of South Africa’s leading advocates for women’s rights to reproductive health care, and access for women to safe and legal abortion providers is an issue he was very passionate about.

Prof Eddie Mhlanga was an Obstetrician and Gynaecologist who was a provincial Specialist in Mpumalanga. He was previously Chief Director of Maternal, Child & Women’s Health, National Department of Health. He was past Head of the Department of Obstetrics and Gynecology, UKZN. Eddie made an incredible contribution to healthcare equality and, in particular, to women’s health. He will not be forgotten for his steadfast and brave stance on reproductive and abortion rights, for health leadership and for his activism. Eddie was a true gentleman and a much-loved colleague to many who he mentored.

As Women’s and Child Health advocate, he was instrumental in the implementation of the Choice on Termination of Pregnancy Act and the Notification of Maternal Deaths. He was a member of the S A Society of Obstetricians and Gynecologists (SASOG).  He was a major leader in maternal health – caring about his colleagues and very committed. He was the current Chairperson of the National Committee on the Confidential Enquiry into Maternal Deaths.

Prof Mhlanga served on the FIGO (International Federation of Gynecology and Obstetrics) Task Team on the Prevention of Unsafe Abortion. As director of Maternal, Child and Women’s Health for the Department of Health, Dr. Mhlanga was instrumental in helping implement the Choice on Termination of Pregnancy Act (1996).

From a very young age, Dr. Mhlanga knew he wanted to care for people as a Physician, a goal that seemed impossible, but one he managed to achieve and beyond. Since 2013, Prof Mhlanga has been the co-Lead Doctor for Global Doctors for Choice, a network of Physicians around the world who advocate for access to safe reproductive health care.

He served on the FIGO (International Federation of Gynecology and Obstetrics) Task Team on the Prevention of Unsafe Abortion.  He was the past-head of the Department of Obstetrics and Gynecology at the Nelson R Mandela School of Medicine, University of KwaZulu-Natal.

Prof Mhlanga was formerly the Chief Director of the Maternal, Child, and Women’s Health Unit of South Africa’s National Department of Health. Dr. Mhlanga was a past board member of Ipas and served the WHO, UNFPA, UNICEF, FIGO and IPPF in various capacities over the years.

Prof Mhlanga was instrumental in helping implement the Choice on Termination of Pregnancy Act (1996) and has never stopped being a safe abortion provider. He was the current Provincial Specialist of Obstetrics and Gynecology for the Department of Health for Mpumalanga province and provided clinical care in a low resource setting.

As a young doctor, Prof Mhlanga quickly realised that there was a vast need for child health and obstetric services across South Africa and especially its rural areas. He believed that “Every death of a woman is a major event. He believed that people need to stop and sa, “‘What happened?’” This was reinforced when he watched a nurse colleague die from septic abortion (in which an abortion or miscarriage is following by a uterine infection that spreads to the blood). Experiencing this reaffirmed his belief that women don’t have to die due to lack of appropriate services and reproductive choice and this is what has driven his work

Prof Mhlanga was an exemplar to all. He was a wonderful human being, highly principled and independent minded, yet humble and dedicated to the public service.  He will be sorely missed in very many ways, especially his infectious smile.

The greatest tribute to him must be for those left behind to try to match the humility of one of South Africa’s finest professionals.

Our heartfelt condolences to Lindi, his girls and all the family 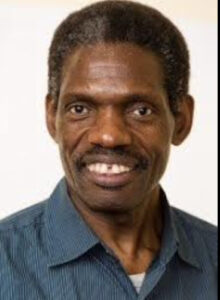 Read More
We use cookies on our website to give you the most relevant experience by remembering your preferences and repeat visits. By clicking “Accept All”, you consent to the use of ALL the cookies. However, you may visit "Cookie Settings" to provide a controlled consent.
Cookie SettingsAccept All
Manage consent

This website uses cookies to improve your experience while you navigate through the website. Out of these, the cookies that are categorized as necessary are stored on your browser as they are essential for the working of basic functionalities of the website. We also use third-party cookies that help us analyze and understand how you use this website. These cookies will be stored in your browser only with your consent. You also have the option to opt-out of these cookies. But opting out of some of these cookies may affect your browsing experience.
Necessary Always Enabled
Necessary cookies are absolutely essential for the website to function properly. These cookies ensure basic functionalities and security features of the website, anonymously.
Functional
Functional cookies help to perform certain functionalities like sharing the content of the website on social media platforms, collect feedbacks, and other third-party features.
Performance
Performance cookies are used to understand and analyze the key performance indexes of the website which helps in delivering a better user experience for the visitors.
Analytics
Analytical cookies are used to understand how visitors interact with the website. These cookies help provide information on metrics the number of visitors, bounce rate, traffic source, etc.
Advertisement
Advertisement cookies are used to provide visitors with relevant ads and marketing campaigns. These cookies track visitors across websites and collect information to provide customized ads.
Others
Other uncategorized cookies are those that are being analyzed and have not been classified into a category as yet.
SAVE & ACCEPT
Scroll To Top